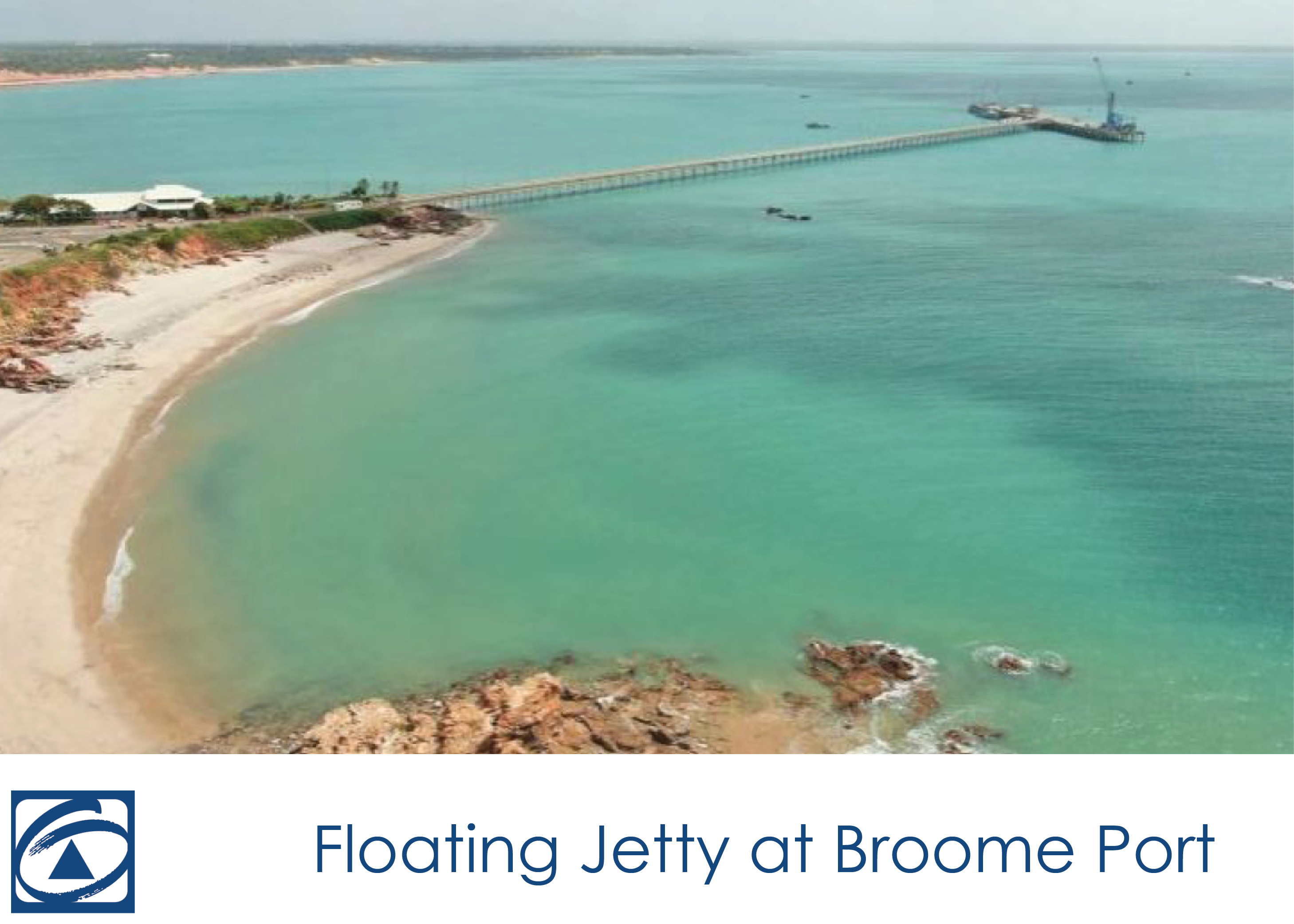 The construction of our new $110 million floating jetty at the Port of Broome is edging closer, with tenders only weeks away from being awarded to build the ambitious logistics hub in Western Australia's Kimberley region!!

The Kimberley Marine Support Base is set to service our region's growing oil and gas, agriculture, and cargo industries, consisting of a 290-metre-long causeway which will lead to a floating wharf and onshore facilities. Director Andrew Natta said the project was on track for construction to begin at Broome's port in the second half of this year, with the facility expected to be operational in the first quarter of 2023.

"We've refined the contractor's selection down to two now and we're literally only weeks away from an award," he said. "It's a massive commitment, but this is us investing in the location for the next 50 years and looking even further ahead."

The existing Port of Broome is a fixed jetty at the mercy of some of Australia's biggest tides, reaching off the coast into a sea that can rise and fall by 10 metres in just six hours. This has presented challenges to loading and unloading vessels including those for live cattle, gas rig tenders for the Browse Basin and cruise ship passengers wanting to visit.

Operated by the State Government-owned Kimberley Ports Authority, financial losses in recent years were exacerbated by the pandemic-induced downturn with a $6.7 million loss for the year ending July 2020. The new jetty will be a floating platform connected to land by an articulated causeway that will allow it to rise and fall with the tides and make unloading cargo more efficient. 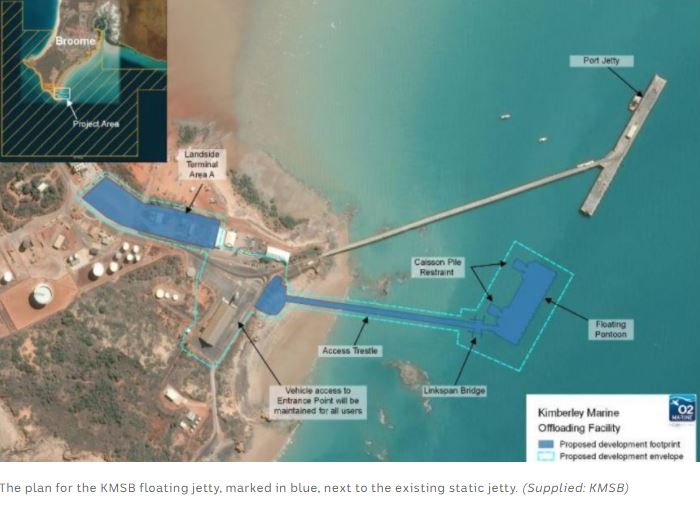 Mr Natta said this feature would make it possible for all the Kimberley's cargo to come direct to Broome, rather than being shipped into major ports like Fremantle and trucked north. He said cutting-down logistics and transport costs would bring widespread benefits to the region.

"What we're doing is creating the capability for that container to come directly to Broome. The time goes from 30 days to 10 days," Mr Natta said.

"It's those consumable items that we all pay extra money for because of that 30-day period. It varies between each industry, but it could mean a 30 per cent plus saving on logistics and transport. It's going to mean there are huge savings and some of those marginal projects might become projects now."

The proposal has already received state and federal environmental approvals and will begin construction just a few months behind its initial schedule. When KMSB first struck a deal with the State Government in 2019, including leases on the site and a contract to use the existing stevedoring workforce for seven years, the floating jetty was planned to be operational by 2022. But as tenders were called and plans developed in July 2020, the proponent said COVID-19 created some complications for the project.

Mr Natta said huge increases in the cost of steel during the pandemic had also seen the proponents rethink their original construction design. "We're going through a refinement of the floating structure. Previously we were using a lot of steel in there and now were looking at using concrete, so now it's going to be more of a hybrid," he said.

"We've been able to improve the timeline of the floating section — which was the piece that was taking up the most time — so in our construction program we're actually making up time. And when we were in lockdown last year with those interstate borders, look at the complications that created. If we're having products brought directly to the point where they're required you're taking down a lot of those barriers."

"[COVID] has highlighted the need for appropriate infrastructure — not only in Broome, but in other locations up and down our coastline because we're such a big state."

The floating jetty project is estimated to create more than 200 jobs during the construction phase, with the employment for onshore works to be sourced locally.