Why 2017 is a great year to buy your first home 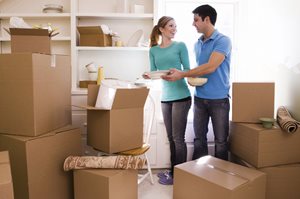 Why 2017 is a great year to buy your first home

‘The median dwelling value in Australia for the end of 2016 was $615,000 - an increase of 10.9 per cent through the year, according to a CoreLogic RP Data report from January 3. New Zealand didn't perform too differently, with the median house value in December 2016 sitting at $627,905, having grown by 12.5 per cent, as stated by QV’ said Mr Ellis.

‘As year-on-year increases show, home values aren't indicating that they're about to slow down. That's why buying your first home right now is a great idea, because you'll be striking before homes shoot beyond your budget even more’.

When you own a home, you have the opportunity to make capital gains. As the median value increases in both Australia and New Zealand through 2016 show, capital gains in the space of 12 months can help you to build wealth. In fact, if you own a home for 10 years, the value of your purchase might increase by as much as half a million dollars! You'd have to buy in a suburb that is on the verge of growing, and is highly desirable in terms of proximity to amenities, public transport, schools and major centres - but it is possible.

When you rent in a suburb like that, you get all of the advantages of being close to those sorts of places, but your payments won't be earned back when you leave the home. You'll pay rent over the time you live in the home, and then when you leave, you don't reap the rewards.

‘Of course, renting is a great option for people who can't yet afford a home deposit, but buying one can shore up your financial future’ said Mr Ellis.

‘First-home buyers have no experience with the buying process, and many find it a daunting task - going to auctions, making bids, competing with others who potentially have a bigger budget. That's where the friendly team at First National Real Estate can help.

‘We know what you need to do, and we know how to go about it - particularly for first-time buyers. Don't be afraid of making a great decision for your financial future. Get in touch with us today to start your buying journey in 2017 on the right foot’.