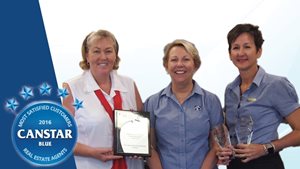 ‘First National Real Estate is focused on a standard of excellence that puts customers’ interests first. We strive to deliver the things that customers most value in real estate such as quality in communication and advice, marketing, value for money, problem resolution and contract handling. When agents bring these things together effectively, our customers get the results they seek’ said Mr Griffiths.

Mr Griffiths said the General Excellence and Marketing Awards are an important event as they encourage First National’s agents to aspire to an ongoing process of performance improvement that benefits customers.