Successful Start to the Selling Year 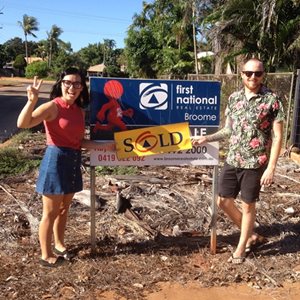 Successful Start to the Selling Year

It has been a very successful first quarter for the Sales Team at First National Broome. Principal, Allan Griffiths has provided an objective view of what is happening in Broome from research comparing the March 2016 quarter to the same 3 months this year.

Their team have been leading the pack in the number of sales they have achieved compared with the same time last year. The numbers for Broome are very similar, other than for land sales:

By attempting to interpret these figures the following conclusions would not seem unreasonable:

First National Broome's job as agents is to provide the best advise available and to create marketing initiatives that will sell properties at the best possible price and the shortest possible time that competitive market conditions dictate.

Remember if your property has been on the market for some time and you are not receiving Offers then it is probably because you are the only one who believes it is valued at that level as there are buyers looking and these days can research market values as easily as agents can.

With probably the best tourism season developing and other projects that have been widely published in the media coming on stream, the team at First National are very optimistic that conditions are changing and turnover will increase as we move into our traditional season of higher activity.

First National would welcome the opportunity to present to you if you are considering selling.