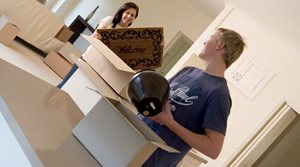 The latest housing finance figures released today by the Australian Bureau of Statistics (ABS) show that first home buyers are returning to the market as finance approvals for investor housing trend downward, according to the Real Estate Institute of Australia (REIA).

“The proportion of first home buyers, as part of the total owner-occupied housing finance commitments, increased to 15.0 per cent and is the highest since February 2014. The number of first home buyer commitments increased by 1.6 per cent for the month, following a 28.9 per cent increase the previous month and is the highest since October 2014, ” REIA President Malcolm Gunning said.

“By contrast, the value of investment housing commitments decreased by 0.9 per cent in June in trend terms following falls in the previous two months and is well down from its 2015 peak.

“The June figures show that the market is adjusting with owner occupiers and first home buyers returning to the market as investor activity decreases in response to the actions of the regulators and banks to limit bank lending to dampen investor demand for property,” Mr Gunning concluded.

If you're a first home buyer the team at First National Real Estate Broome are here to help make this journey an exciting one for you. Click here to begin your journey and find out more information.

Article supplied by - The Real Estate Institute of Australia (REIA) is the national professional association for real estate agents in Australia. For further information or to speak with REIA President Malcolm Gunning please contact Helen Hull via [email protected] or 0419 642 961.