State to feed off Ichthys when gas giant reigns 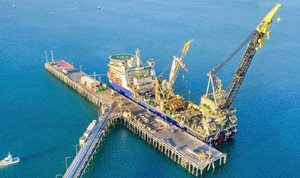 State to feed off Ichthys when gas giant reigns

As 8500 workers busy themselves completing the massive processing facilities in time for gas shipments early next year, it’s plain to see what WA missed out on.

The Northern Territory and South Korea, where the Browse Basin gas fields’ two offshore floating facilities were built, got the construction windfall after all. The gas will be piped 890km from off the Kimberley coast to Darwin’s Bladin Point. 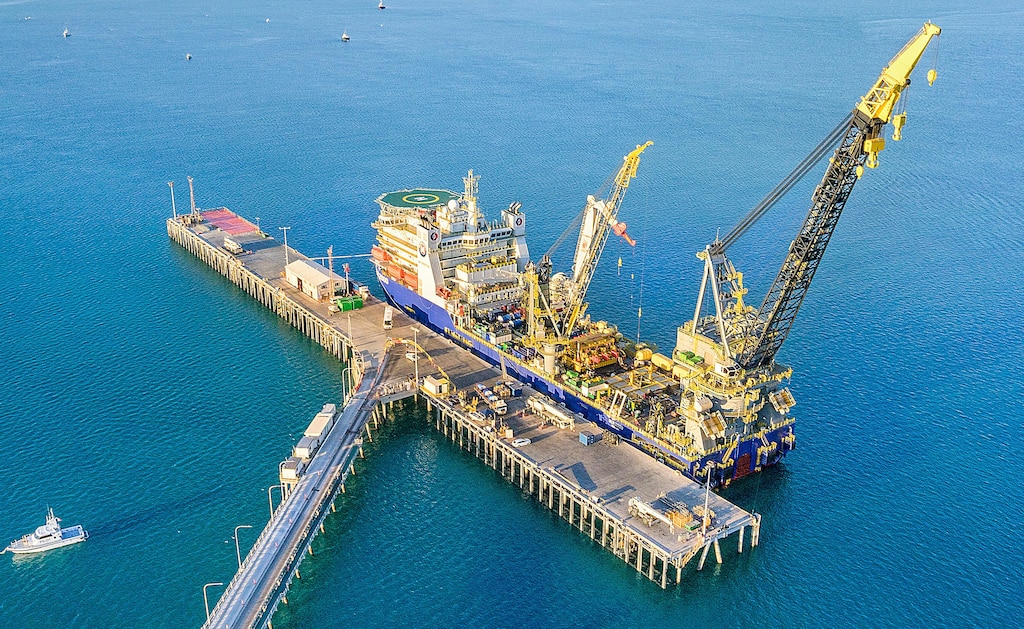 More than 90 per cent complete, the plant sprawls across 361ha. The construction has had a profound effect on the economy in the Northern Territory, which is bracing for a WA-style downturn once it’s over.

“There’s a massive investment that’s occurred here in this plant,” Chief Minister Michael Gunner said during a visit to the site last month.

“There are going to be hundreds of jobs here ongoing for at least 40 years, which is very important.

“There’s also the prospect of additional (production) trains out of here. There’s lots of oil and gas reserves over in the Browse Basin.”

It leaves a lingering feeling WA will have gained little from gas resources that lie off its coast.

But operator and 62 per cent stakeholder Inpex argues that the benefits for WA, while less obvious to its citizenry, are substantial and ongoing.

According to a report it commissioned by ACIL Allen Consulting, WA over the life of the project from 2012 to 2050 gains greater benefits than the NT on all counts except boost to economic output.

Inpex manages the project from its Australian headquarters in Perth. With about 1300 employees, it has a bigger headcount than the company’s Tokyo base. Those numbers are expected to remain stable when operations are under way.

The impact on Broome, the Kimberley base for Ichthys’ offshore activities, has been more significant.

After a period in which tourism has been in the doldrums, Broome’s business people and officials say that Ichthys, along with Shell’s offshore Prelude floating LNG project, has helped sustain the town’s economy.

A tour of Broome’s industrial zone, port, airport and hotels reveals a range of service providers and facilities underpinned by oil and gas, and Ichthys in particular.

It follows a divisive period in Broome over Woodside’s abandoned James Price Point plant proposal for its Browse LNG project.

“For many years, it appeared that the oil and gas industry was on the nose in Broome,” Broome Chamber of Commerce & Industry president Peter Taylor said.

“Some of the key stakeholders have changed their view. They recognise that having organisations like Inpex and Shell ... actually choosing this place ... that’s had a tremendous positive effect on the community in terms of jobs and all the flow-on activity.” 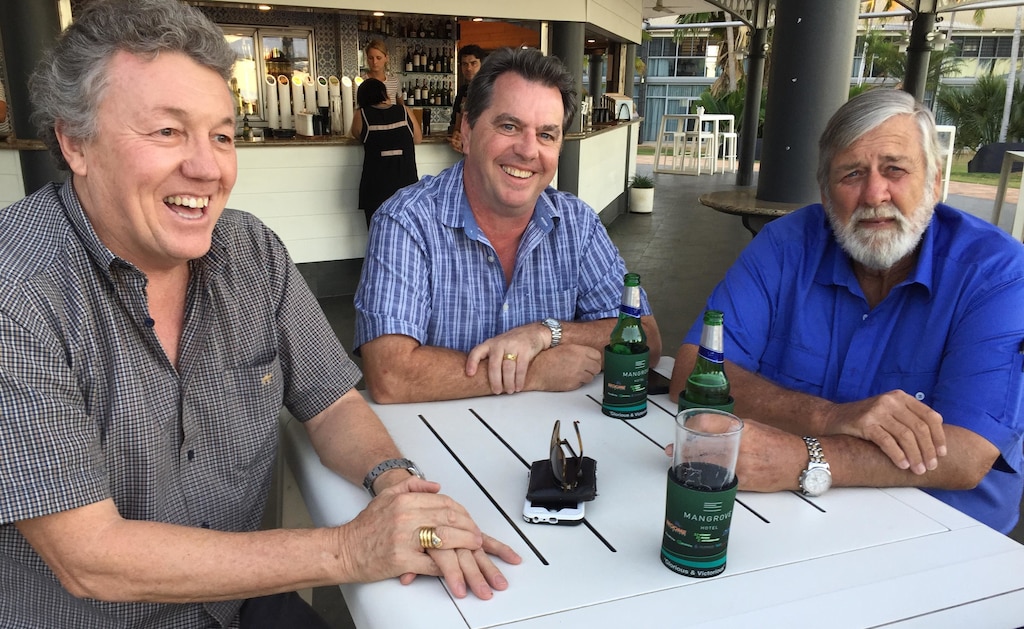 While most of the offshore workforce is fly-in, fly-out, local businesses are seeing benefits. Oaks Broome, for example, has 30 to 40 rooms occupied per night by transiting Ichthys personnel.

“To have this number of oil and gas people filling up accommodation just for one night at a time even during the off period just provides that bonus revenue to keep people going,” Mr Taylor said.

Mangrove Hotel general manager Glyn Batten said: “No hotel can actually sustain itself on tourism alone. That’s a no-brainer. We’ve only got realistically four months of bulk tourism that comes into the town on an annual basis. From October to April the town is sustained by industry and government.”

Mr Taylor said the town had suffered from volatility in income sources. “The difference with oil and gas is it’s like a 40-year hit for us.”

As work on the Ichthys and Prelude platforms escalate, three helicopter companies have been operating 50 flights a week between Broome’s heliport and the offshore facilities.

Residents complaining on Facebook pages about the noise are being reminded by others of the jobs and spending associated with the flights.

“Even though the commissioning phase is a spike in activity there’s going to be pretty solid activity for a long time here.”

Mr McSweeney said the use of Djarindjin Airport 170km north of Broome, where the helicopters refuelled, was also a fillip for its 18 indigenous staff and the Djarindjin community.

“For them to live and work on their land means more than any of us can understand. From a cultural perspective, their connection to the land is very strong. For them to be able to live in their community with their families on their land and work at this airport that’s only a number of kilometres away, it’s just gold for them,” he said.

“You can’t underestimate the value of offshore oil and gas workers coming in and out of Broome,” Shire president Ron “Sos” Johnston said.

He said without those travellers the airlines would fly smaller aircraft to Broome.

“That’s got a direct influence on tourism. Bigger planes, more discounts and the better for tourism.”

“We’re looking at thousands of people coming through this town,” he said. “Every one of those is a potential tourist to come back. It really is a gold mine for us.”

Over at the port, there’s a steady stream of vessels coming and going from the gas fields.

While cruise ships have become prominent users, the facility gets 70 per cent of its revenue from the oil and gas industry.

The ramp-up of the LNG projects hasn’t come too soon in the wake of a slump in exploration. 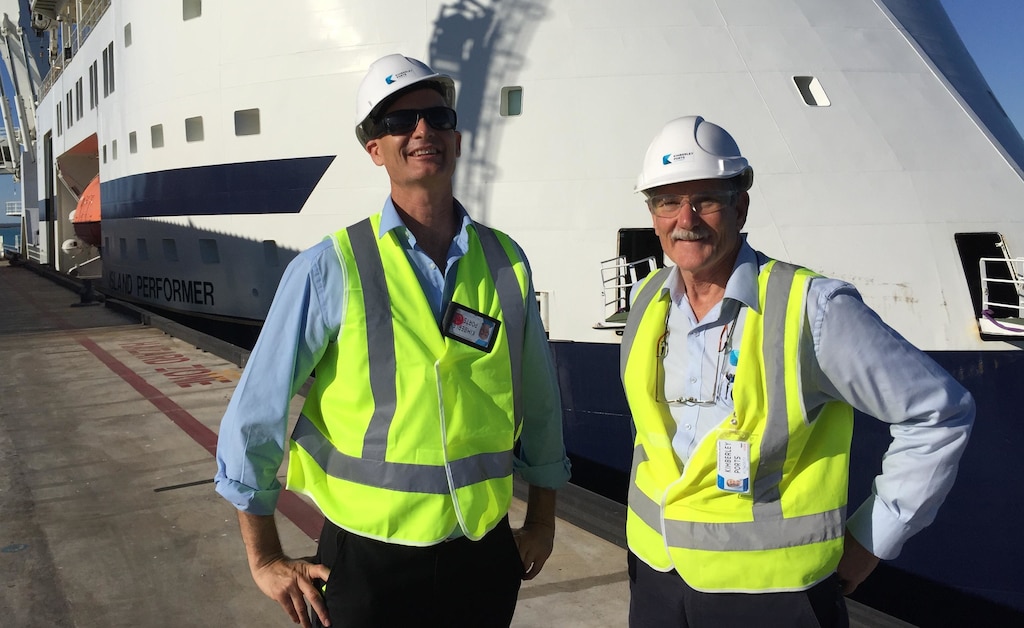 “Things were actually looking very grim,” Kimberley Ports Authority commercial manager Sean Mulhall said. “Once Woodside had pulled out, it was a very quiet place. Consequently, we were buoyed and reassured when Inpex continued their exploration and drilling through the Port of Broome.

“That has given us a stable baseload to be able to maintain skilled employees and infrastructure.”

“But for the oil and gas industry we wouldn’t be able to provide a lot of the services that the other port users are able to benefit from.”

WA companies have played prominent roles in Ichthys. Fremantle-based vessel operator MMA Offshore, which is enduring the toughest downturn in its history, is supporting the project for up to 15 years under contracts potentially worth $500 million.

One Darwin construction package alone was worth $680 million alone when awarded.

“We have a large contingent on site in Darwin but they’re supported pretty wholly and solely out of our Perth office,” Mr Velletri said.

The contractor in May won long-term maintenance work for the offshore facilities.

Inpex corporate co-ordination director Hitoshi Okawa said while Inpex’s top priority was contributing to Japanese energy security, it had wanted to learn what the project did for Australia’s economic development.

“That is a very important thing,” Mr Okawa said.

“We also (didn’t) know what level of contribution we can make. So now we fully understand.” 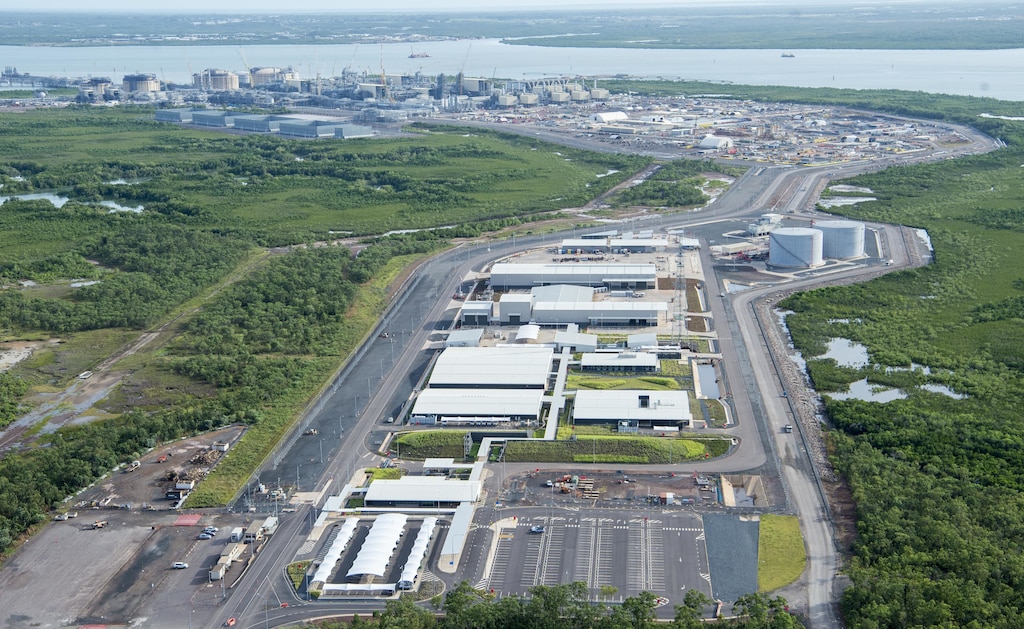