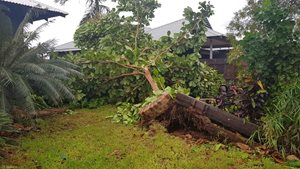 While most people were still feeling relaxed after the Christmas break the residents of Broome were placed on Yellow Alert on Wednesday due to a tropical low hovering off the coast. This tropical low became named as Cyclone Hilda as it crossed the coast of Broome last night.  Cyclone Hilda lashed the Broome and surrounding coast with reported gales with wind gusts to 100 kilometers per hour and lots of heavy rain resulted - 120 mls of rain with apparently more to come.

Our tenants started sending in photos of their damage as soon as it was light said Charmaine Snow, Manager of our PM Services. It has been a very worrying and stressful time for all - we are operating on reduced staff numbers due to other staff being on annual leave. Our team have all worked very hard trying to get out and assess reported damage so we can keep owners updated.  There is a lot of debris, branches, leaves  and numerous large trees and palms have been blown over – often on to houses, fences or driveways.  Some tenants are away on holidays so there may be more damage than what we are able to ascertain at this stage.  Every picture tells a story as the photos of some of the damage will show.

Cyclone Hilda is expected to weaken over land as it moves on a general southerly track. Heavy rain is occurring over the west Kimberley and adjacent east Pilbara, and should extend further south into the east Pilbara today.

Here are pictures of some of the photos we've received from tenants today. 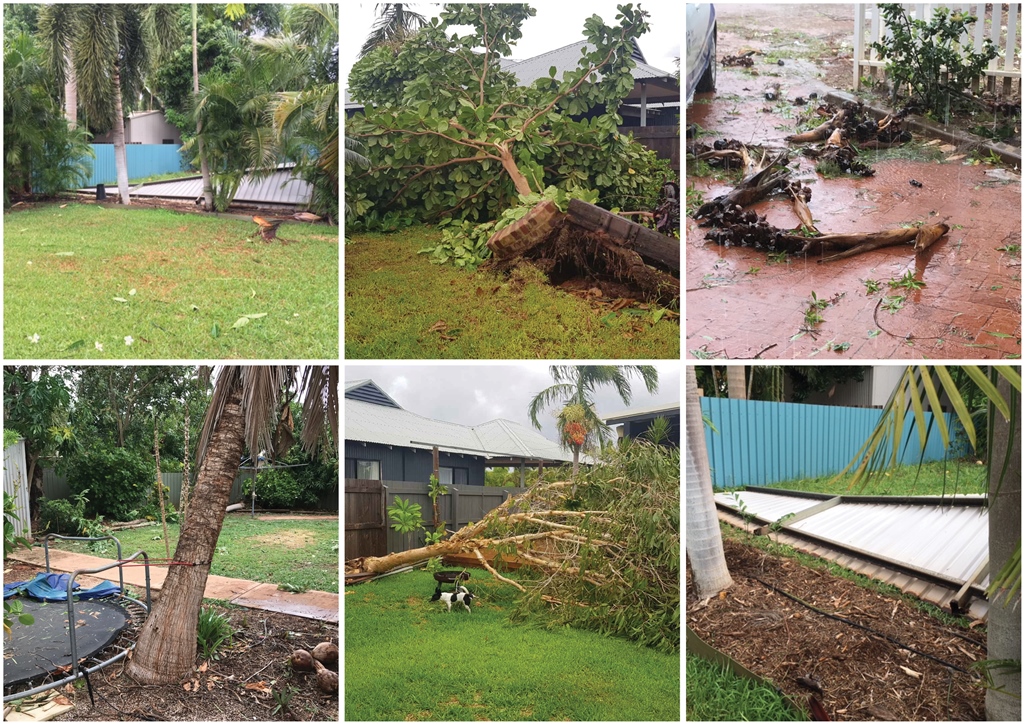