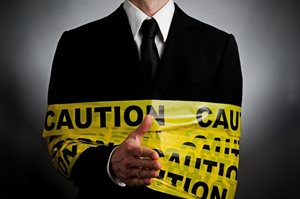 A measure to prevent unscrupulous developers from exploiting GST, which was first mentioned during Budget 2017–18, has been enacted.

From 1 July of this year, those who buy new residential buildings or subdivisions of residential land must pay the GST of the purchase price to the ATO, at the latest, during settlement.

This change will not impact on the amount of GST paid, the sale of existing residential properties or for new or existing commercial properties.

When purchasing a property, buyers will need to, according to the ATO, separate the GST from the total purchase price, then pay just the GST to the ATO via a disbursement at the time of settlement, then the price minus the GST will be paid to the vendor.

This GST change was introduced as a means of targeting property developers who were exploiting the current system.

“Some developers are failing to remit the GST to the ATO despite having claimed GST credits on their construction costs,” read a statement from the Treasury made in November 2017.

Specifically, Minister for Revenue and Financial Services Kelly O’Dwyer said that this legislation was aimed at targeting “dishonest developers” who phoenix their businesses, evading tax by creating a new business through the liquidation of an old one.

“This legislation adds to the comprehensive package of reforms to address phoenixing announced by the government earlier in the year. It will clamp down on this type of tax evasion by unscrupulous businesses and level the playing field for developers who do the right thing,” Ms O’Dwyer said in November 2017.

The new legislation will require property developers to be fully liable for GST, and they will need to give buyers written notification when they need to hold.

However, the ATO has stated that there will be no changes to how developers lodge business activity statements.