Have you noticed a difference to your insurance costs?

Home NEWS Have you noticed a difference to your insurance costs? 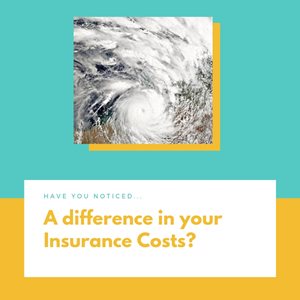 Have you noticed a difference to your insurance costs?

Following the West's Article "Storm clouds loom over North West insurance hikes" have you noticed a difference in your policy prices?

The original article reported that building and contents insurance renewals trickling into Broome have sent residents into a panic, with some policies rocketing by more than 300 per cent.

CommInsure has raised its charges in Broome after its underwriters conducted a review after two cyclones in the past 12 months and record rainfall.

The increases come as the Australian Competition and Consumer Commission releases its second report from its inquiry into the supply of residential building (home), contents and strata insurance in northern Australia.

Among 15 recommendations was a call for State Governments to axe stamp duty on insurance products, or redirect revenue raised from it to help low-income households and fund mitigation measures.

Roebuck Estate resident Peter Barber said his policy had increased by more than 180 per cent from about $3200 in 2017 compared to $6100 this year. “It is totally unaffordable and if all costs went up like that, nobody could ever work long enough to make up that kind of money,” he said. “We have never made a claim and if CommInsure don’t want to have business, they should just own up to it. We have no choice but to cancel our policy, which is really disappointing.”

Broome boat skipper Courtney Rees said he would have no choice but to cancel his CommInsure policy after it increased from about $3100 to $5700. “I have never made a claim in the four years I have had this policy so this is a ridiculous jump,” he said. “The house is built to withstand cyclones and has been through 14 years of weather here.”

An Old Broome resident, who did not want to be named, said his basic building and contents cover had gone from around $1600 to almost $5000. “When I contacted CommInsure, a representative said the most they could reduce the policy was $500,” he said. “When I escalated the matter to dispute resolutions, another representative rang and said they had conducted a review and the problem appeared to be the risk of cyclones. We have been with the same insurer for seven years and never made a claim, so to go from $135 a month to more than $400 a month is insulting for something we cannot afford.”

A CommInsure spokesman said the company was “sorry to hear when a customer was unhappy with their premium”.

“We understand insurance premiums can be a significant part of a household budget,” he said.

“For customers experiencing difficulty paying their premium, we encourage them to call us to review their cover, options and excess.

“Changes to our premiums are based on a number of factors, including the rising cost of repairing buildings and our assessment of risks of extreme weather event, such as cyclones, floods or bushfires.

“We regularly review premiums based on the latest information about risk of damage to Australians’ homes and cars. In some cases, this results in an increase or reduction in customers’ premiums when this changes.

“A cyclone rate review was carried out in 2018 and that resulted in changes to our price.”

Broome-based Phoenix Insurance Brokers manager Clare Smith said companies had in the past had increased costs as a way of exiting the market.

“If an insurer is looking at a change due to profitability alone, you may find that instead of withdrawing from a market they increase their premiums to a level they are comfortable with in relation to likelihood of claims,” she said.

“Insurers continually assess their risks in specific markets and it is not uncommon to see an insurer enter or exit a market.”

Broome Chamber of Commerce and Industry president Peter Taylor said the insurance market in the North West continued to be volatile with huge differences in premiums each year from different companies.

“Brand and customer loyalty are no longer considered important in this market,” he said.

“Cost of living pressures, local insurance brokers and the rise of internet comparison sites are now driving consumers to consider changing insurance providers annually, if necessary, to get the best deal.

If you have managed to find an alternative we'd love to hear so we can share with others.