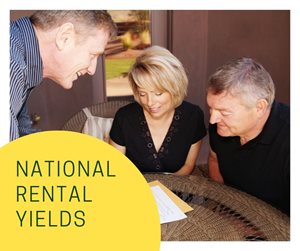 Hobart rents are rising the fastest amongst the capitals, up 4.9% over the past twelve months due to strong demand coupled with low rental supply.

Although rental markets are generally sluggish, gross rental yields are continuing to recover from their recent record lows. Nationally, the gross rental yield is recorded at 4.13%, the highest gross yield since May 2015, but still 14 basis points below the decade average of 4.27%.

Gross yields steady or rising
Each of the capital cities and broad regional rental markets, apart from Regional Tasmania and Regional Northern Territory, have recorded either a steady or higher gross yield profile relative to the same time a year ago; a reflection of the change in rental rates being greater than the change in dwelling values.

“We now have some certainty around the initiatives announced in the federal budget, a consistent commission structure for mortgage brokers (who comprise around 60% of mortgage originations), and the eventual stimulus for first home buyers in the form of a federal government deposit guarantee, which although limited to 10,000 participants with at least a 5% deposit, will kick off in January next year.”

Additionally, he said we are likely to see the serviceability assessments used to qualify borrowers for a home loan reduced sometime in late June.

Would you like an up to date opinion on the value of your investment? Click here to arrange